Former Springbok and new Head Rugby Coach, Mr Snyman, was honoured to have been invited to London to attend a victory celebration at The South African High Commission last week.  The event was to celebrate the Springboks winning the Rugby Union World Cup 2019 held in Japan recently, when the Springboks beat England in the final, 32-12.

In true sportsmanship style, Hill House School 1st XV, along with Headmaster, Mr Holland and Director of Rugby, Mr Rose, were on hand to send him off on his way to London.

Mr Holland said, “We are delighted to have Andre here at Hill House. It is great for our pupils to hear, first hand, what it takes to perform at the highest level. Although it was sad for England to fall at the final hurdle, it is great for Andre to be able to celebrate the World Cup win with the South African team.”

Mr Snyman played for the Springboks from 1996-2006, earning 38 caps and scoring 10 tries in his Springbok career. “My try against England at Twickenham on 29 November 1997 is one of my greatest memories of my career,” said Andre, who had evaded a white wall of England’s defenders to go on and dummy his way to a try under the posts.  The Springboks went on to beat England 29-11. 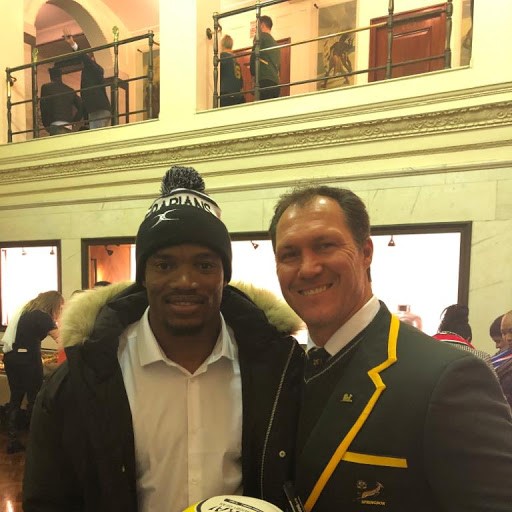 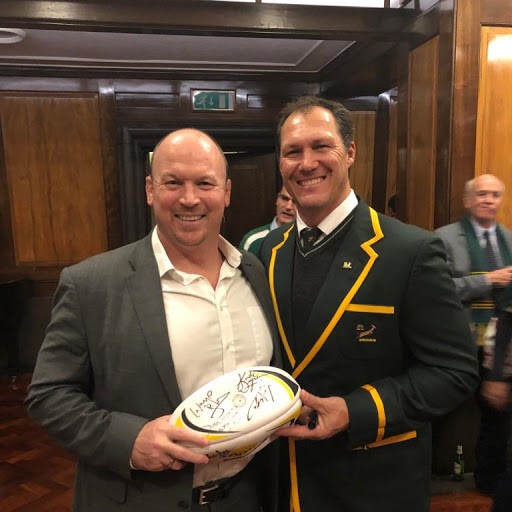 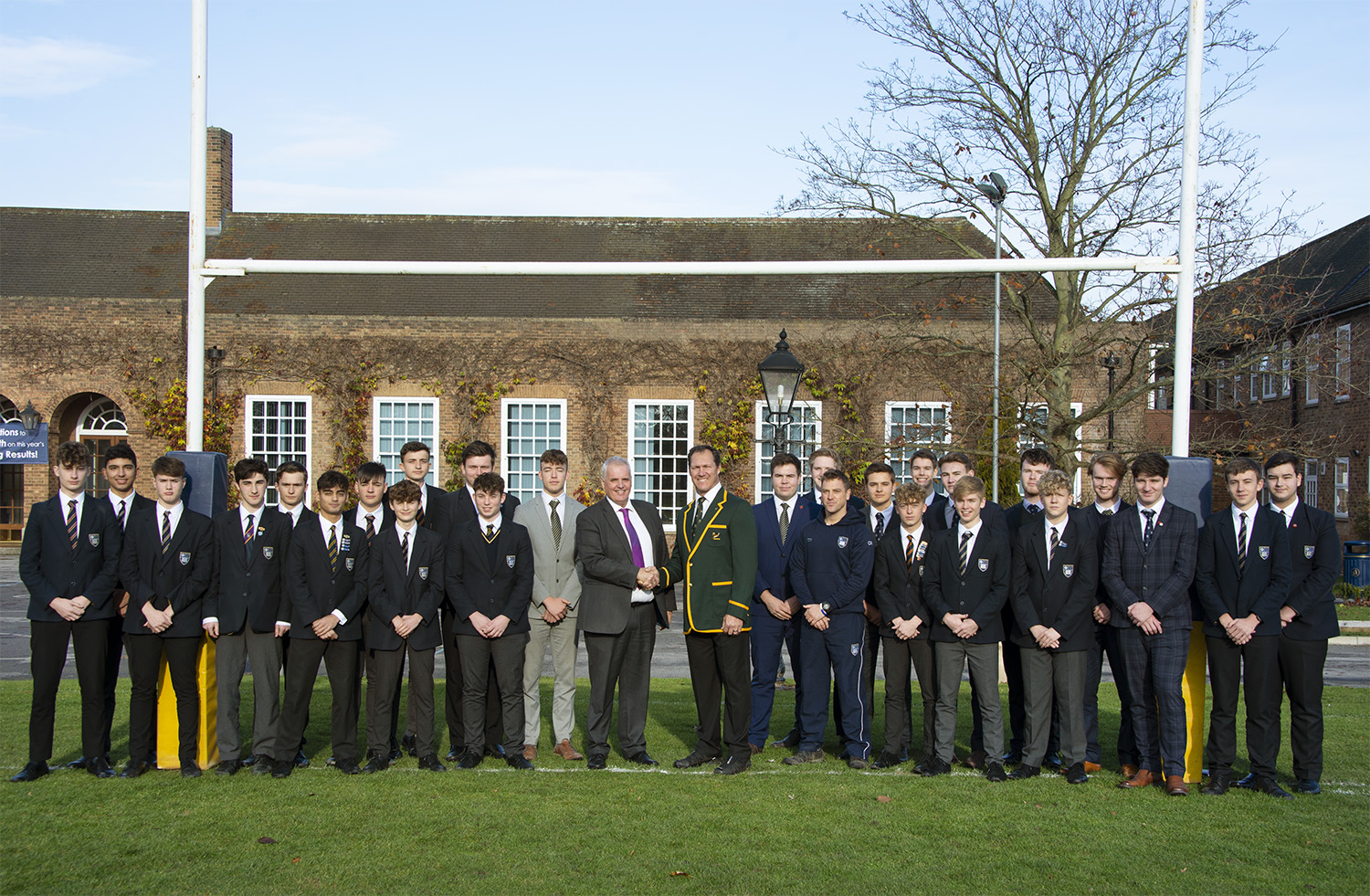