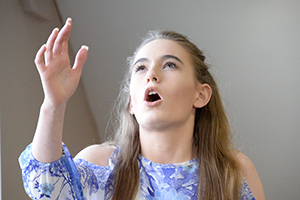 Every year, we invite a selection of the Festival's exceptional performers' to return to the stage for a celebration of the talented musicians, singers and actors that take part throughout the weekend. We would love for you to join us for this wonderful concert. Tickets will be available on the door for £5 (cash).